Virtual, Augmented, and Extended Reality: A Glossary of Technologies and Immersive Learning

Immersive learning has its own jargon and concepts. Because this emerging discipline is built on new technologies, it is worth clarifying some of the terms. Here is a small glossary to help you better understand immersive learning.

It is not so easy to find a single definition of immersive learning. However, all of the versions we found agree on one basic principle: it involves the simulation of real-life or fictional situations in which learners are immersed.

These virtual environments are designed to allow users to acquire practical skills and put them in action in the real world with maximum efficiency.

The benefits most often mentioned include

Although different disciplines share certain principles, immersive learning must not be confused with other forms of active pedagogy (actively involving the learner in the learning process) such as experiential learning or learning-by-doing, that don't necessarily rely on the use of technology.

As Koreen Olbrish Pagano explains in her book Immersive Learning: Designing for Authentic Practice, “Immersive learning is not about the technology; it is about the design principles that allow learners to practice in context, apply their knowledge, and improve their skills and competence.”  These broad principles include certain factors ensuring user immersion, such as the realism of the environments and the learner’s sense of being present in the simulated environment.

In any case, immersive learning devices almost always rely on the use of immersive technologies such as virtual reality, augmented reality, or a mixture of the two, 3D and/or 360° video, etc.

It was in 1986 that the term “virtual reality” (VR) is believed to have first been coined by Jaron Lanier, as “a technology that uses computers to create synthesized realities that many people can share, that we can apprehend through the five senses, and that we can interact with, all through computerized artifacts.”*
Since then, different definitions have divided researchers, depending on whether they are based on the purpose of the VR, its applications, its functions, its technical bases, or even how the term “virtual” is defined.

The contours of virtual reality may seem even hazier when we read the definitions of other protagonists, such as Gartner: “Virtual reality (VR) provides a computer-generated 3D environment (including both computer graphics and 360-degree video) that surrounds a user and responds to an individual's actions in a natural way, usually through immersive head-mounted displays..b

Augmented reality (AR), on the other hand, can be defined as an interactive experience of a real-life situation, certain elements of which are enriched by computer-generated virtual information through various sensory modalities (visual, auditory, haptic, etc.). To put it plainly, AR obeys 3 main principles:

Between immersion in a universe created from whole cloth (VR) and environments in which the real remains dominant (AR), there are many other immersive concepts that have been developed, which Paul Milgram proposed unifying in 1994, through a linear continuum from the real to the virtual (see the illustration below). 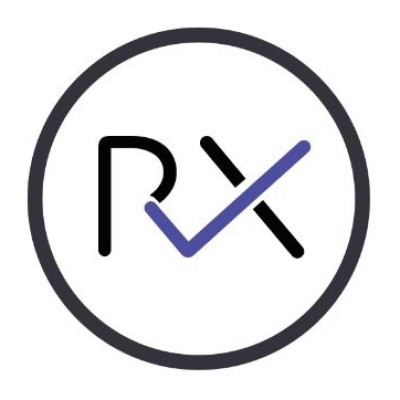 Revinax
Revinax offers immersive VR-based tutorials to improve training. Accessible on a secure platform, very simple to use, our solution is a great tool to learn and teach.

Receive our next posts in your mailbox

How Do I Get the Word Out About My New Medical Device?